A DECADE IN REVIEW 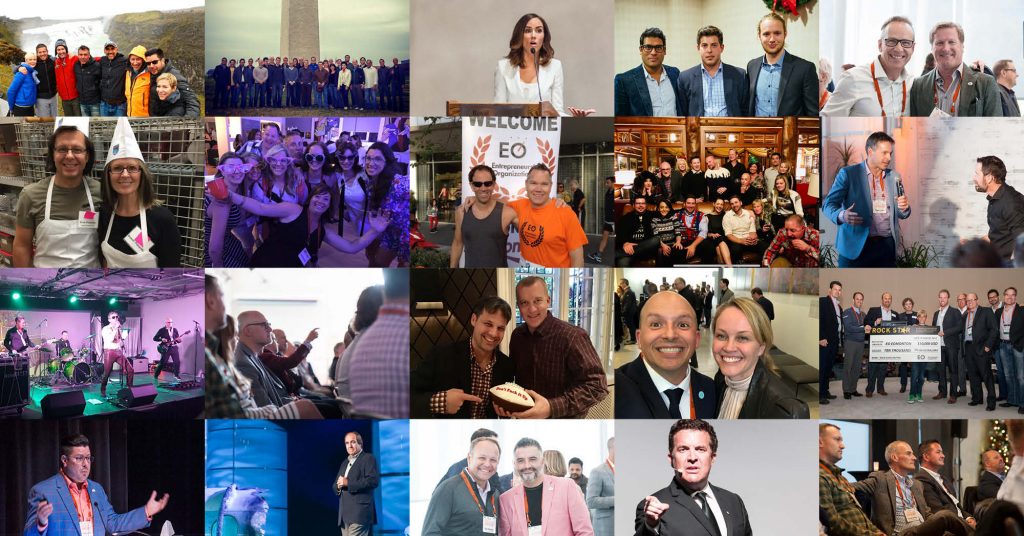 As a new dawn, a new day, and a new decade begins, I’m sure that we can all agree that there’s a refreshed feeling of excitement within all of us for what’s in store. Not only the next year, but also where the next ten will find us. Looking towards a bright future, it’s reflective to glance back to see what we’ve accomplished, experienced, and shared in together over the last decade. While there’s been a mountain of events, speakers, experiences, impactful conversations, and leaders at the helm, here’s a few highlights and milestones accomplished.

Giving back to not only our local membership, but that of EO Globally, Edmonton has been dedicated to the overall leadership of our organization over the last decade.

We’ve had the privilege of hearing and learning from Leaders, Athletes, Icons, Astronauts, Survivors, Adventurers, Criminals, Rockstars and more. Here’s some speakers to name a few:

Our members have contributed and attended a variety of events: Global Universities, Anniversaries, Summits, Retreats, Parties, Learnings, Networking, Once in a lifetime Experiences, including:

As a new program EO Accelerator was started in 2011 by John Radostits, to help newer Entrepreneurs to grow, both in knowledge and revenue.

In an effort to further support young entrepreneurs, EO Edmonton has provided both Mentorship, and funding through GSEA.

Over the past ten years, EO has facilitated a total of 130 Mentorship pairings for our members, placing Mentees with a mix of tenured EO members, YPO members, and WPO members.

We’re extremely fortunate to have accomplished and experienced so very much with all our Members, Strategic Alliance Partners, and Community over the past decade. Looking forward to all that’s in store over the next ten years!